Daydreaming of a staycation? W Guangzhou is now open. We’ll save you a spot and have a cocktail waiting for you.

A stunning modern metropolis by the Pearl River, Guangzhou, China is always lit up – from the vibrant art scene to the classic dim sum cuisine to the renowned architecture that lights the river by night. See how art, culture and nightlife go electric in the “flower city,” and let W Guangzhou Insider Amanda Zheng show off the great places to plug in.

Established in 1928, the Beiyuan Restaurant is one of the three large Lingnan-Garden style restaurants in the city of Guangzhou, serving dim sum to die for. The design is done in a classical chinese style with a pond, mini-mountains, bridge, grass and flowers to look over as you eat.

The highest tower in China and the third highest tower in the world, the Canton tower is located at an intersection of Guangzhou New City Central Axes and Pearl River, facing Haixinsha Island. Go for the close-up view, or spot it from afar with its unmissable glowing multicolored lights and unicorn like spire.

Pearl River, between Haizhu and Tianhe

Opened on 2009, the 4.3 kilometers bridge connects the Haizhu District with Tianhe serving as another important channel between the southern and northern banks of Pearl River in Guangzhou. It connects three districts of Guangzhou: Panyu, Haizhu, and Tianhe and stands as a city beacon with its smooth, modern design.

Located in Zhujiang New Town, this isn’t your average square. With trees, plants and even an artificial lake, it’s a renowned sightseeing and shopping destination. Underneath the square, a 150,000 square-meter underground shopping mall, deemed the “Mall of the World.”

Designed by renowned architect Zaha Hadid the opera house’s freestanding concrete auditorium is set within an audacious exposed granite and glass-clad steel frame. It’s a sight to see from the outside and inside, with nightly shows and concerts to attend all year long.

It’s not hard to tell what’s inside this massive structure built to resemble a stack of books. With 4 million books stored in an open stack style you can spend all day browsing the eight floors of literature. Ride one of the three observation elevators for the ultimate experience!

Built in the old Guangzhou Textile Machinery Factory, T.I.T Creative Industry Zone has now become a Mecca in the creative industry of Guangdong. T.I.T has grown out of its root on textile and clothing and focused on the combination of fashion, art, culture, and creativity, giving a place for young artists to work, and anyone to hang out in an inspiring setting.

Blending the charm of the Pearl River with modern architecture, the Zhujiang Party Pier Beer Culture and Art Zone stands along the river overlooking the sparkling Haixinsha Asian Games Park and Zhujiang New Town. The freight piers have been transformed into a transportation pier for yachts and Pearl River tour ships holding stylish restaurants, cafes and bars. Here you can relax with your friends, lean against the railings by the river, drink beer, and chat long into the night. 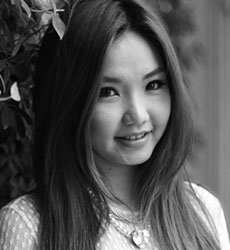 When it comes to keeping on top of what’s New/Next, following social media helps a lot, but what’s most important is hanging out with the right crew, who always know first-hand what’s going on in town. For me, the best part of being a W Insider is doing all I can to make any wish a reality for guests so they’ll never forget their stay.